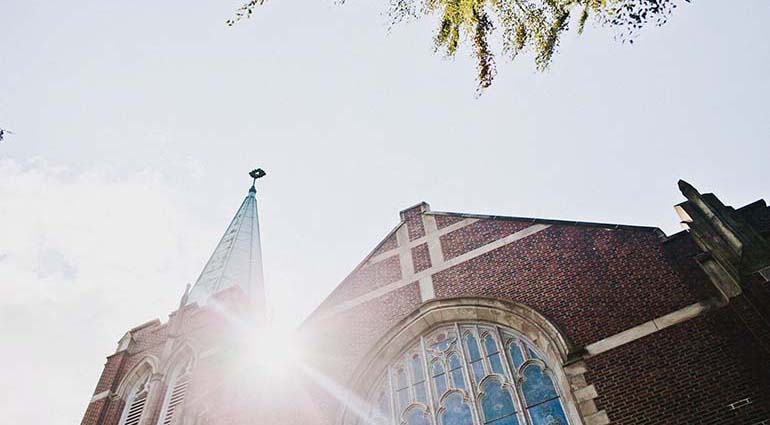 It is more blessed to give than to receive. Acts 20:35

In 1891, Biddy Mason was laid to rest in an unmarked grave in Los Angeles. That wasn’t unusual for a woman born into slavery, but it was remarkable for someone as accomplished as Biddy. After winning her freedom in a court battle in 1856, she combined her nursing skills with wise business decisions to make a small fortune. As she observed the plight of immigrants and prisoners, she reached out to them, investing in charity so frequently that people began lining up at her house for help. In 1872, just sixteen years out of slavery, she and her son-in-law financed the founding of the First African Methodist Episcopal Church in Los Angeles.

Biddy embodied the apostle Paul’s words: “I showed you that by this kind of hard work we must help the weak, remembering the words the Lord Jesus himself said: ‘It is more blessed to give than to receive’” (Acts 20:35). Paul came from privilege, not slavery, yet he chose a life that would lead to his imprisonment and martyrdom so that he could serve Christ and others.
The open hand is blessed, for it gives in abundance even as it receives. -Biddy Mason

In 1988, benefactors unveiled a tombstone for Biddy Mason. In attendance were the mayor of Los Angeles and nearly 3,000 members of the little church that had begun in her home over a century earlier. Biddy once said, “The open hand is blessed, for it gives in abundance even as it receives.” The hand that gave so generously received a rich legacy.

Who in your life is struggling and could use a little help from you? How can you reach out to that person or family today?

The open hand is blessed, for it gives in abundance even as it receives. Biddy Mason