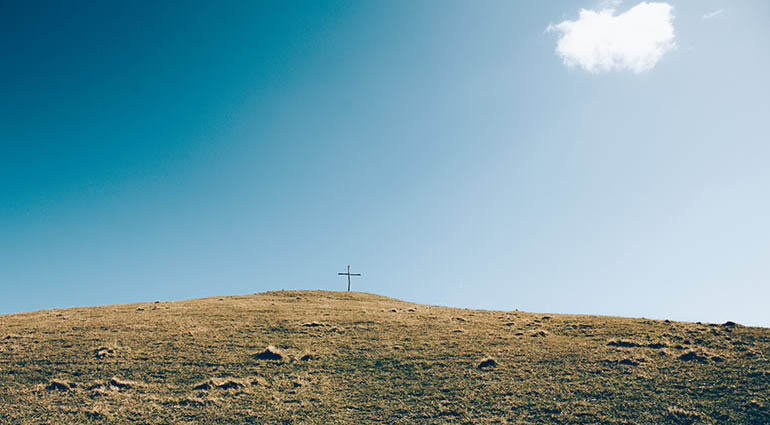 He humbled himself by becoming obedient to death—even death on a cross! Philippians 2:8

Many of us are obsessed with fame—either with being famous ourselves or with following every detail of famous people’s lives. International book or film tours. Late-night show appearances. Millions of followers on Twitter.

In a recent study in the US, researchers ranked the names of famous individuals using a specially developed algorithm that scoured the Internet. Jesus topped the list as the most famous person in history.
He humbled himself by becoming obedient to death—even death on a cross! Philippians 2:8

Yet Jesus was never concerned about obtaining celebrity status. When He was here on earth, He never sought fame (Matt. 9:30; John 6:15)—although fame found Him all the same as news about Him quickly traveled throughout the region of Galilee (Mark 1:28; Luke 4:37).

Wherever Jesus went, crowds soon gathered. The miracles He performed drew people to Him. But when they tried to make Him a king by force, He slipped away by Himself (John 6:15). United in purpose with His Father, He repeatedly deferred to the Father’s will and timing (4:34; 8:29; 12:23). “He humbled himself by becoming obedient to death—even death on a cross” (Phil. 2:8).

Fame was never Jesus’s goal. His purpose was simple. As the Son of God, He humbly, obediently, and voluntarily offered Himself as the sacrifice for our sins.

You are to be celebrated, Lord, above all others. You have been highly exalted and given a name that is above every name. One day every knee will bow and every tongue confess that You are Lord.

Jesus came not to be famous, but to humbly offer Himself as the sacrifice for our sins.