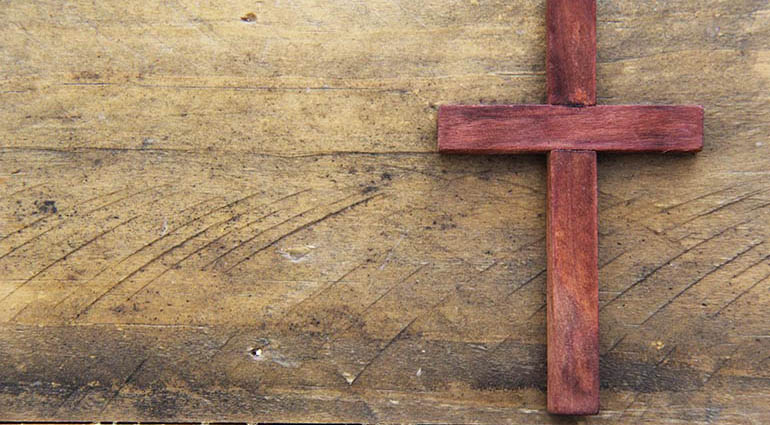 My kingdom is from another place. John 18:36

Most of us hope for good government. We vote, we serve, and we speak out for causes we believe are fair and just. But political solutions remain powerless to change the condition of our hearts.

Many of Jesus’s followers anticipated a Messiah who would bring a vigorous political response to Rome and its heavy-handed oppression. Peter was no exception. When Roman soldiers came to arrest Christ, Peter drew his sword and took a swing at the head of the high priest’s servant, lopping off his ear in the process.

Real restraint is not weakness, for it arises out of genuine strength.
Jesus halted Peter’s one-man war, saying, “Put your sword away! Shall I not drink the cup the Father has given me?” (John 18:11). Hours later, Jesus would tell Pilate, “My kingdom is not of this world. If it were, my servants would fight to prevent my arrest by the Jewish leaders” (v. 36).

The Lord’s restraint in that moment, as His life hung in the balance, astonishes us when we ponder the scope of His mission. On a future day, He will lead the armies of heaven into battle. John wrote, “With justice he judges and wages war” (Rev. 19:11).

But as He endured the ordeal of His arrest, trial, and crucifixion, Jesus kept His Father’s will in view. By embracing death on the cross, He set in motion a chain of events that truly transforms hearts. And in the process, our Strong Conqueror defeated death itself.

Father, how prone I am to reacting quickly rather than wisely. Show me Your will for my life so that I will purposefully choose the path You have for me.

Real restraint is not weakness, for it arises out of genuine strength.