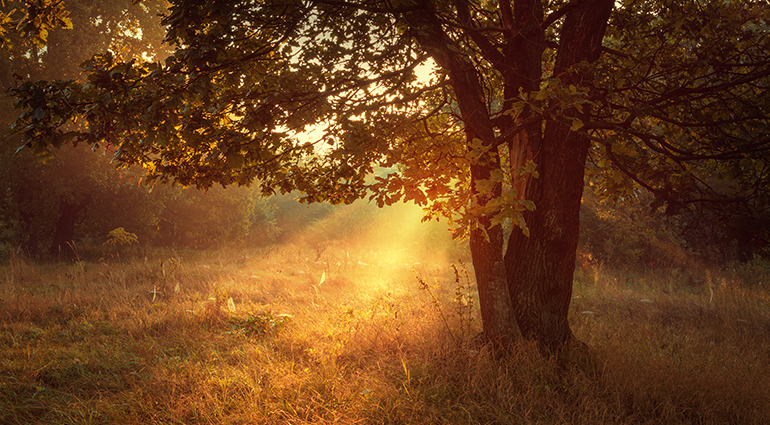 Be merciful, just as your Father is merciful. Luke 6:36

On the last day of the US Civil War, officer Joshua Chamberlain was in command of the Union army. His soldiers lined up on both sides of the road that the Confederate army had to march down in surrender. One wrong word or one belligerent act and the longed-for peace could be turned to slaughter. In an act as brilliant as it was moving, Chamberlain ordered his troops to salute their foe! No taunting here, no vicious words—only guns in salute and swords raised to honor.

When Jesus offered His words about forgiveness in Luke 6, He was helping us understand the difference between people of grace and people without grace. Those who know His forgiveness are to be strikingly unlike everyone else. We must do what others think impossible: Forgive and love our enemies. Jesus said, “Be merciful, just as your Father is merciful” (v. 36).

Grant us the courage to end our conflicts by Your grace.
Imagine the impact in our workplaces and on our families if we were to embrace this principle. If a salute can make armies whole again, what power there must be in Christ’s grace reflected through us! Scripture gives evidence of this in Esau’s embrace of his deceitful brother (Gen. 33:4), in Zacchaeus’s joyful penance (Luke 19:1–10), and in the picture of a father racing to greet his prodigal son (Luke 15).

With the grace of Christ, may we let this be the final day of bitterness and dispute between our enemies and us.

Lord, we know how the gentle power of forgiveness can bring healing in relationships. Grant us the courage to end our conflicts by Your grace.

Anger almost always vanishes in the face of grace.