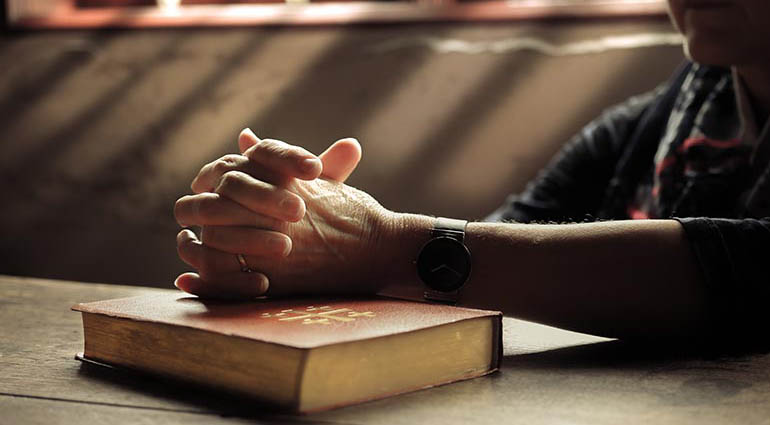 Blessed are those who are persecuted because of righteousness, for theirs is the kingdom of heaven. Matthew 5:10

It’s Sunday afternoon, and I’m sitting in the garden of our home, which is near the church where my husband is the minister. I hear wafts of praise and worship music floating through the air in the Farsi language. Our church in London hosts a vibrant Iranian congregation, and we feel humbled by their passion for Christ as they share some of their stories of persecution and tell of those, such as the senior pastor’s brother, who have been martyred for their faith. These faithful believers are following in the footsteps of the first Christian martyr, Stephen.

Stephen, one of the first appointed leaders in the early church, garnered attention in Jerusalem when he performed “great wonders and signs” (Acts 6:8) and was brought before the Jewish authorities to defend his actions. He gave an impassioned defense of the faith before describing the hard-heartedness of his accusers. But instead of repenting, they were “furious and gnashed their teeth at him” (7:54). They dragged him from the city and stoned him to death—even as he prayed for their forgiveness.
May we find grace to be found faithful to the One who suffered so much more for us.

The stories of Stephen and modern martyrs remind us that the message of Christ can be met with brutality. If we have never faced persecution for our faith, let’s pray for the persecuted church around the world. And may we, if and when tested, find grace to be found faithful to the One who suffered so much more for us.

Lord God, we believe You weep at the pain and anguish some of Your children experience because they love You. We pray that You will strengthen them in the midst of their suffering and send them Your grace.

May we find grace to walk in the Master’s steps.