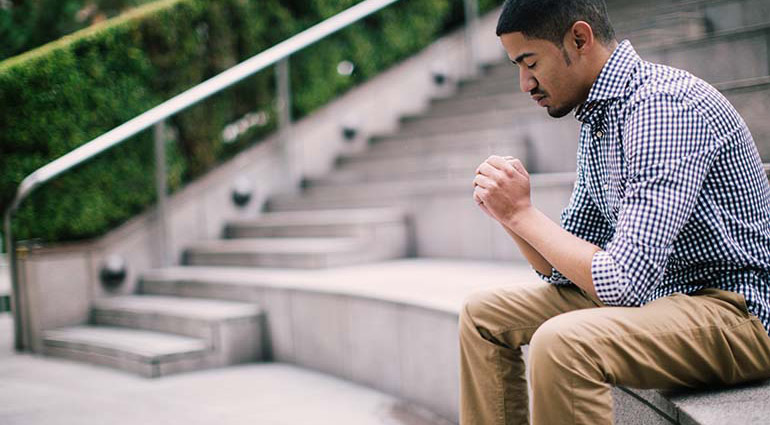 The people of Judah were victorious because they relied on the Lord, the God of their ancestors. 2 Chronicles 13:18

As the convoy waited to roll out, a young marine rapped urgently on the window of his team leader’s vehicle. Irritated, the sergeant rolled down his window. “What?”

“You gotta do that thing,” the marine said. “What thing?” asked the sergeant. “You know, that thing you do,” replied the marine.

God will never turn away whoever turns to Him in faith.
Then it dawned on the sergeant. He always prayed for the convoy’s safety, but this time he hadn’t. So he dutifully climbed out of the Humvee and prayed for his marines. The marine understood the value of his praying leader.

In ancient Judah, Abijah doesn’t stand out as a great king. First Kings 15:3 tells us, “His heart was not fully devoted to the Lord his God.” But as Judah prepared for war against Israel, outnumbered two to one, Abijah knew this much: Faithful people in his kingdom of Judah had continued worshiping God (2 Chron. 13:10–12), while the ten tribes of Israel had driven out the priests of God and worshiped pagan gods instead (vv. 8–9). So Abijah turned confidently to the one true God.

Surely Abijah’s checkered history had caused grave damage. But he knew where to turn in the crisis, and his army won soundly “because they relied on the Lord, the God of their ancestors” (v. 18). Our God welcomes whoever comes to Him and relies on Him.

I know that prayer isn’t a good-luck charm. But I come to You now, Lord, because there’s no one better to talk to. I trust You with all of my circumstances today.

God will never turn away whoever turns to Him in faith.